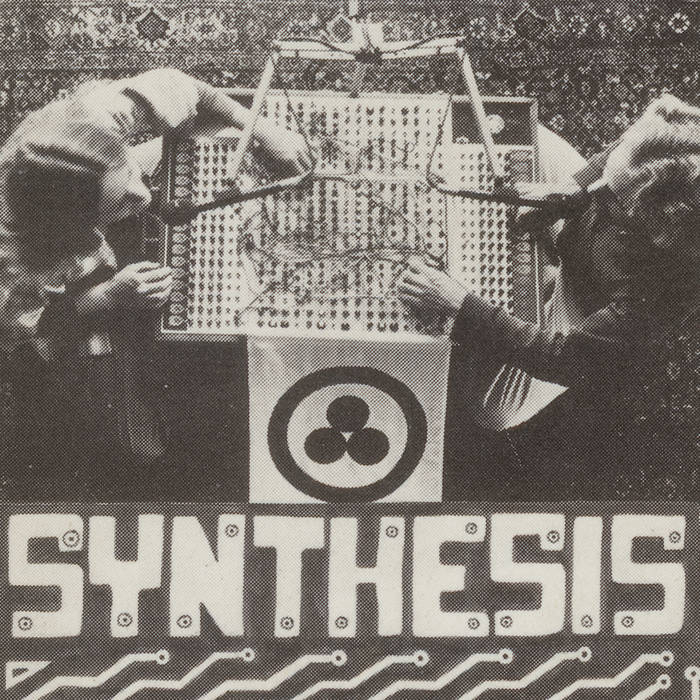 Sonic Tapestries listening to this record makes you a better human being... Favorite track: Gentle People.

Lorikeet Synthesis adds up to the mystical realm of new-age tapes and releases that have been hand-made and released all throughout the last 50 years and it will have a rightful place among those records. lorikeet.nl/2016/12/07/planetary-peace-synthesis.html Favorite track: Song Without Warning.

Ashley Kennerley Just beautiful, although are the track names messed up? The one that goes 'I Am Om' anyway. Favorite track: I Am Om.

Love All Day is proud to present a limited edition double LP reissue of a one of a kind, completely original collection of songs created by two American expatriates living in London in 1980. Recorded in their living room on a Teac tape machine, Synthesis was entirely composed and performed on a mail order Serge synthesizer kit that Planetary Peace (the husband and wife duo of Will & Kalima Sawyer) had built themselves. Originally dubbed in a minuscule cassette edition that was mostly given away to friends and colleagues, this brilliant piece of work was almost entirely unknown until Sound Recorder/Record Collector Brett Becker chanced upon one of the only known copies in existence at the yard sale of a former New Age disc jockey in Santa Fe, New Mexico in 2014. There’s a very palpable DIY-vibe that runs throughout the album, which gets filtered through a visionary lens where slightly off-kilter devotional folk songs expand into majestic synth excursions that reach for the outer edges of the cosmos. It’s a strange, beguiling collection of songs where two kindred spirits are operating simultaneously on a higher plane, unlike any other ostensibly “new age” album we can think of —especially in the the way that it so embodies such a sense of wonder. Now living in Ha’iku, Hawaii on the island of Maui, they operate an organic farm and have carried on their DIY roots by creating a solar powered studio they built themselves in which they continue to record to this day.

“We recorded it ourselves in London, fall 1980, on a TEAC reel-to-reel tape deck, in our living room. We had arrived in London with all of our equipment, intent on making this recording before the arrival of our first child in Mar, ’81. Through grace or luck, we found a small cottage near Hampstead Heath (right in the heart of London) that was quiet enough in the evenings to do the work.
Because we were (are) into harmonic tuning, rather than equal temperament, we had searched out an instrument that we could tune ourselves; there was an engineer, Serge Tcherepnin, in San Francisco who had developed a kit for an analog synthesizer which fit our specs. We spent a few months prior to leaving for London laboriously building it, soldering it together and learning how to play it. It required patch cords that manually routed the signals in various configurations, connecting oscillators, filters, etc. Now of course, this is all done digitally . . .
We used a TEAC reel-to-reel tape deck, Shure mics and maybe some other stuff, like reverb, all of which we brought over with us. The funny part is that as we left S.F., our flight was delayed for several hours while they de-planed everyone in a remote area on the tarmac and looked through everyone’s luggage. They said there had been a bomb scare, and we figured out quite a bit later that it was our synthesizer that had likely triggered the alert. That was SO out of everyone’s context at that time, as this was before “terrorists” had been invented!
…
Once our daughter arrived, we more or less dropped it all; it is actually a minor miracle that you happened across one of the very rare cassettes that we got around to distributing!”

Bandcamp Daily  your guide to the world of Bandcamp

MF DOOM is given his flowers, plus appearances from MC Jada Imani and Stanley Ipkuss